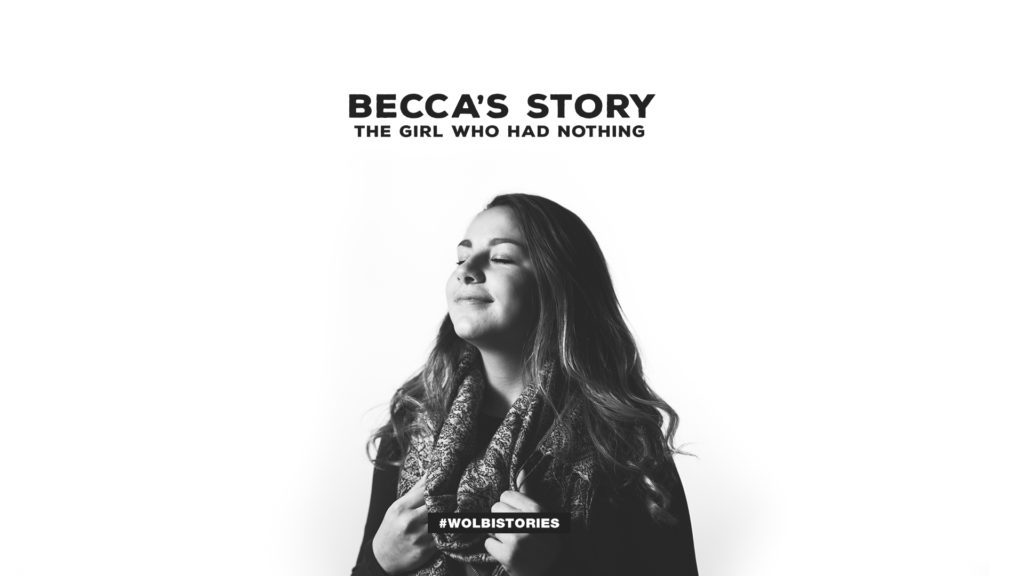 The Girl Who Had Nothing: Becca Baca's Story

[x_blockquote type=”left”]And without faith it is impossible to please Him, for whoever would draw near to God must believe that He exists and that He rewards those who seek Him. Hebrews 11:6[/x_blockquote]
Becca grew up in Jacksonville, Florida as the youngest of five kids. After her father left when she was just two years old, the kids moved in with their grandmother for a few years. “I grew up fast. I had a lot of responsibility as a kid. I had to help raise my siblings at a young age because my mom was working a lot.” When her mom got a job at a Catholic school, Becca was able to attend for free. “I came to the Catholic faith and was very confused about God after that. I didn’t understand why I had to go to a priest to have my sins forgiven, or why I had to pray these certain prayers and do the Holy Communion and all this ceremonial stuff. I knew the Lord, but it just didn’t make sense to me.”

The girl who had nothing

Taking the next step

Becca is just one student of hundreds whose lives have been radically changed at the Bible Institute. If you are interested in being a part of helping students deepen their faith, you can give to the Life Change Scholarship right here.
[wolgivewidget formoccurrence=”1″ fundid=”0D621C” motivationcode=”16BLOG1″ amtarray=”20,40,60,100″ projectname=”Life Change Scholarship” ]