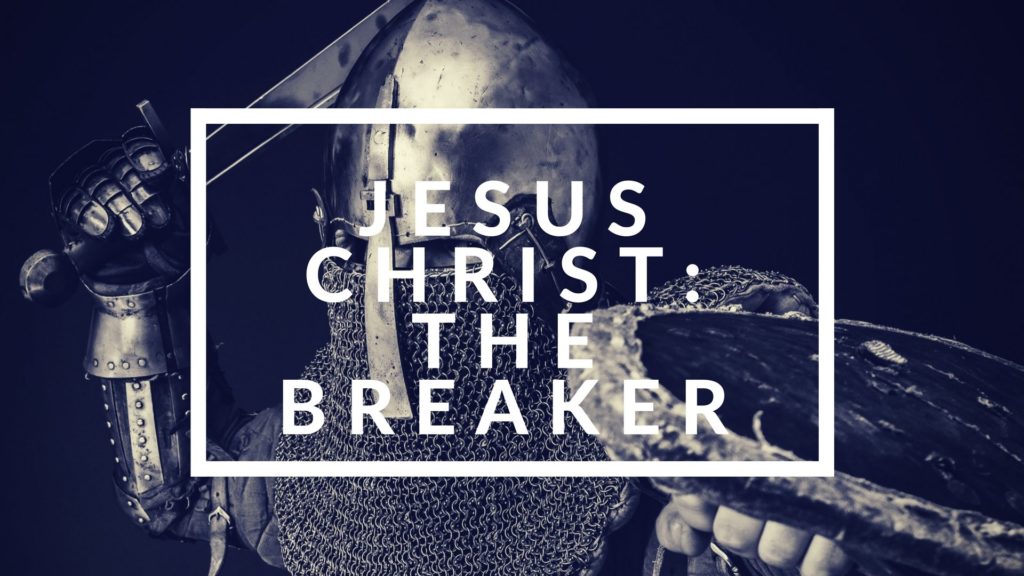 Throughout the Old and New Testament, we read many different names for the coming Messiah. Dr. Tom Davis, the Academic Dean and  respected  professor at the Word of Life Bible Institute explores a lesser known Messianic Title, and the importance of its connection to other familiar words in the Bible.

[x_line]
The Prophet Micah is a younger contemporary of Isaiah and Hosea, although there is no indication in Scripture that they knew each other or ever met. Micah is writing about 700 BC. Three times in the book (1:2, 3:1 and 6:1) he cries “Hear (Shema) [O Israel!]” (remember Deuteronomy 6:4!) which makes for a good marker for the outline of the book:
1. Hear!!: Judgment Coming for Samaria and Jerusalem (1-2)
2. Hear!!: Judgment on Leaders and Blessings from the Ultimate Leader, Messiah (3-5)
3. Hear!!: Judgment Justified and Blessings Predicted (6-7)
In chapter two, after 11 verses condemning sinners in the land, Micah wraps up the chapter with two verses of blessing. The writing is in Hebrew poetic form so we’ll try to show the separate lines of the poetry:
I will surely assemble all of you, Jacob,
I will surely gather the remnant of Israel.
I will put them together like sheep in the fold;
Like a flock in the midst of its pasture
They will be noisy with men.
The breaker goes up before them;
They break out, pass through the gate and go out by it.
So their king goes on before them,
And the LORD at their head.

Now, that is all very interesting and significant. Here we have a “new” messianic title to add to the many others like “Bright and Morning Star,” “Prince of Peace,” etc. However, it gets even more interesting when we discover that ha poretz is actually more familiar to us than we could imagine. It is a noun from the verb paratz. Still don’t recognize it? (Me neither). Actually, in Hebrew there are three “s”-type letters that can be spelled in English as “tz,” “z,” or “s.” The derivations from the verb paratz can use any of these three “s” endings. From the verb form paratz comes these Biblical words or concepts:
[x_blockquote type=”left”]ha poretz is actually more familiar to us than we could imagine[/x_blockquote]
1. In 2 Samuel 5:20 David names a place “Baal-perazim” because here God broke through his enemies.
2. In 2 Samuel 6:8 the place where Uzzah touched the Ark of the Covenant and God’s wrath “broke out to kill Uzzah” was re-named Perez-uzzah.
3. In Nehemiah the word is used to refer to the “broken down” or “divided” walls.
4. “Perez” in Genesis 38:27-30 describing the birth of the twin sons of Judah and Tamar.
5. “Peres” which is a popular name among Jewish people such as the Israeli politician Shimon Peres.
6. “Peres” which we are told is the root word of “upharsin” in the “hand writing on the wall” in Daniel 5: “mene, mene, tekel, upharsin”: “numbered, numbered, weighed and found wanting.” Daniel goes on to explain the significance of “peres” when he says that the kingdom will be “divided” from Belshazzar by Cyrus and the “Persians.”
7. Persia as in Daniel 5.
8. Phares is in the line of Christ in Matthew 1:3 and Luke 3:33. This is the KJV spelling of Peres, the son of Tamar and Judah.
9. Pharisees in the New Testament because they “divided” themselves from those they considered “compromisers.”
10. In Judaism, the word “Parasha” or “Parsha” is used for the “divisions” of the Law read on various Sabbath days.

Tower of the Flock

There is also an interesting connection between Ha Poretz and another phrase in Micah 4. Micah 4:8 refers to the Migdol Eder, the “Tower of the Flock” which is described as being near Bethlehem in Genesis 35:21. Jesus was born near the “Tower of the Flock.” He was born in the “City of David,” the “Kingly City.” But, at that time Bethlehem was also the place where sheep, destined to die just five miles north up in Jerusalem were born!
Maintaining this “sheep” imagery, back in Micah 2:12-13, “Jacob” and “Israel” refers to the united nation, all twelve tribes. “Fold” (v. 12) is the Hebrew word “Bozrah.” There are three places in the ancient Middle East with that name. The most significant one occurs in Isaiah referring to a town in Edom where the Messiah will have a great victory over the enemies of Israel. Isaiah 63:1 “Who is this who comes from Edom, With dyed garments from Bozrah, This One who is glorious in His apparel, Traveling in the greatness of His strength?—‘I who speak in righteousness, mighty to save’.” (See also Isaiah 34).

Micah 2:13 projects that God will send a deliverer to the Jewish people who are “penned up” like a large flock of sheep awaiting slaughter. We might ask, “When in history were/will be Jewish people bottled up in one location and in need of intervention to save them?” Both Zechariah 14:1-5 and Revelation 12:6, 14-17 envision Jewish people trapped in Jerusalem “breaking out” by way of a valley that God creates to flee from the Antichrist into the Judean Wilderness towards Edom during the Tribulation Period.
[x_blockquote cite=”Micah 2:13″ type=”left”]He who opens the breach goes up before them; they break through and pass the gate, going out by it. Their king passes on before them, the Lord at their head.[/x_blockquote]
Daniel 11:41 even predicts that the Antichrist will not control that portion of the Middle East: “He shall also enter the Glorious Land, and many countries shall be overthrown; but these shall escape from his hand: Edom, Moab, and the prominent people of Ammon.”
There have been occasions in the past when the Messiah has been “Ha Poretz” (“The Breaker”) for Israel and He will be so in the future as well!

Tom Davis is a graduate of Word of Life Bible Institute (1972), Lancaster Bible College (1975), Grace Theological Seminary (1978), and Nova Southeastern University (Ed.D., 1998). He spent 14 months studying in Israel at Jerusalem University College (1984-85).
He has lived in upstate NY for the last 38 years where he serves as Academic Dean/Professor at Word of Life Bible Institute and teaches Theology, Leviticus, Greek, Apologetics, Zechariah and Dispensationalism. He and his wife have been married since 1974 and have 6 children and 15 grandchildren.

1 thought on “Jesus Christ: The Breaker”