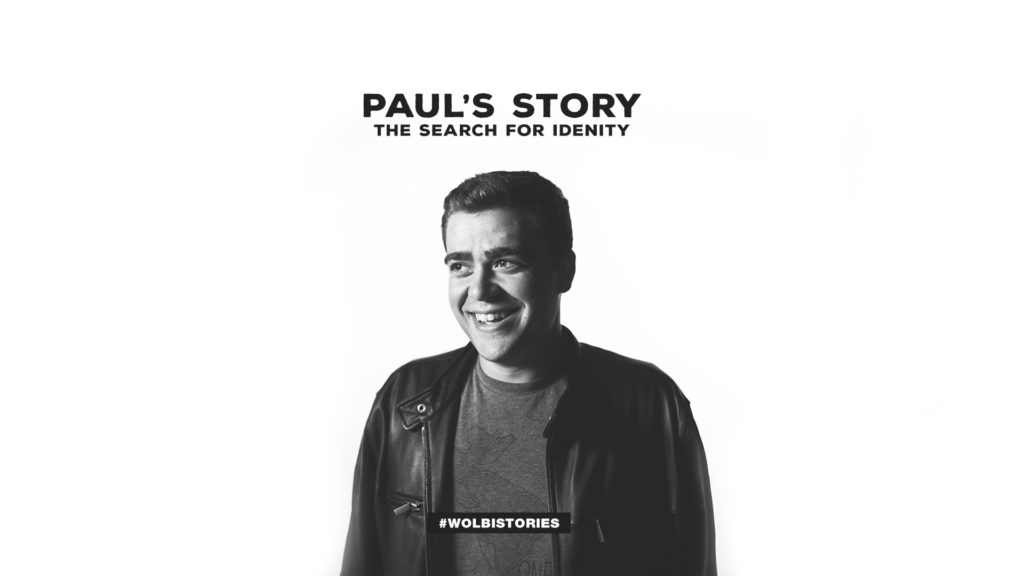 [x_blockquote type=”left”]”This year the theme of the Bible Institute is identity, which is something that speaks to me a lot because I searched for that in a lot of places before I found it in Christ. Really, it’s almost as if I didn’t find Christ, He found me.” -Paul Hussey[/x_blockquote]
Paul grew up in New Hampshire, where “everyone goes to catholic church but no one knows what’s going on”. From a young age, he became very cynical of God and Christianity, and when he was 10 years old, his parents stopped making him go to church. Growing up, Paul had whatever he wanted, and his family lived very comfortably. No matter how many things he had, he still felt empty at the end of the day. This was a pattern he noticed in his parents’ lives as well; nothing ever satisfied. After Paul’s mother lost her job, his parents began fighting and drinking. When their comfortable lifestyle began to change and he could no longer find his identity in “stuff”, he searched for it elsewhere: in science.

The search for identity

The beginning of hope

I remember the first time I was hospitalized, I was in Boston Children’s hospital sitting next to a man named Lloyd. I remember this guy really well because he was the first person that I remember reaching out to me and telling me that Jesus was more than just some guy and that the Bible was more than just some book. And I didn’t really understand it then and wasn’t ready to accept it, but I couldn’t really argue with this guy, even with everything I thought I knew, because his job was to sit there with me and make sure I didn’t kill myself or anyone else. And after that, God started reaching out into my life in a crazy way. It was like everywhere I went, these crazy Christians were everywhere sharing the gospel with me.”
[x_blockquote type=”left”]This is the beginning and the end of everything I’ve searched for, God just continually pursuing and loving me.[/x_blockquote]
“I lived across the street from a family of believers. One man was an engineer that had a stack of Answers in Genesis videos. This was very helpful for me to see that there’s this real logic and order to God. I also saw the love and joy of this family that I knew I did not have. I eventually started reading a historic book about the Da Vinci code, written by a Christian author, and I didn’t realize that until I got to the back. It talked about church history and all of a sudden the author just decided to include this very clear gospel message, right out of Romans 3:23. Reading Romans 6:23 just hit me. This is the beginning and the end of everything I’ve searched for, God just continually pursuing and loving me. God really loved me, Jesus really died for me, and it was out of that weird little book that I trusted Christ. Things didn’t get easier after that; I’ve seen some weird and really terrible things since then. But God provided a local church and they would give me rides, and as I would pursue Him in the Word I grew in prayer and in faith, I realized when I would get crazy phone calls like my mother’s walking around the street with knife, or some crazy thing like that, I had this peace that I couldn’t explain in any other way than that it had been given to me by Christ. The grace that God has shown me really blows me away.”
Paul heard about the Bible Institute through that same family that lived across the street. They had numerous connections to Word of Life and invited Paul to check out the school during a Campus Preview weekend. He enrolled the following year.

Paul is just one student of hundreds whose lives have been radically changed at the Bible Institute. If you are interested in being a part of helping students deepen their faith by studying God’s Word, you can give to the Life Change Scholarship right here.