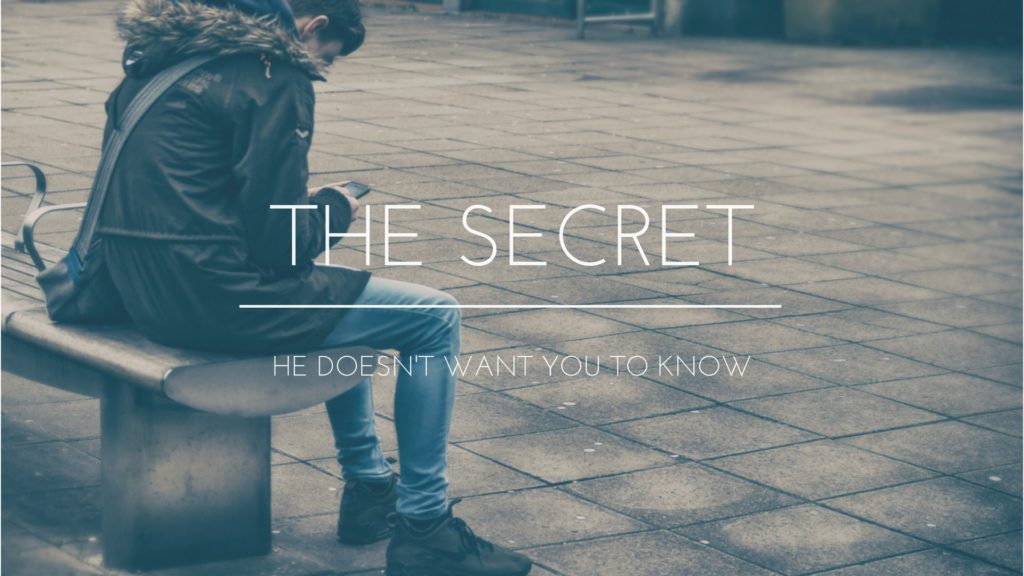 The Secret He Doesn't Want You To Know

That title was pretty intriguing, right? Did you click on it to read this unnamed person’s secret? Does it interest you when people share intimate details about others with you? Do you find yourself expressing your frustration towards others or constantly commenting on the people who annoy you?
If that’s you… you might have a problem with gossip.
Even though you didn’t say anything negative just now, you may have been hoping to read a juicy story about someone else. And guess what? That is the same thing as gossiping. Listening to and enjoying gossip is just as wrong as saying those words yourself.
Before we continue, let me just say that I am not writing this out of judgmental superiority. I have had my fair share of struggles with gossip, and most of the inspiration for this topic has come from personal conviction. There have been far too many times that I have had to stop talking and ask for forgiveness for nasty things I have said about others. So take my word for it, I am not sitting on a high horse right now.

So what is gossip exactly?

The consequences of gossip

“A dishonest man spreads strife, and a whisperer separates close friends.” Proverbs 16:28
Think about it: has someone ever told you something that a person did, and you automatically know that you will never try to be friends with them? Has a close friendship of yours ever been destroyed because someone shared a secret about them? Trust me; gossip has never improved a friendship.  My mom always used to say, “Remember – anyone that is willing to talk about someone else to you is willing to talk about you to someone else.”

“If anyone thinks he is religious and does not bridle his tongue but deceives his heart, this person’s religion is worthless.” James 1:26
If you think that you’re a God-fearing, faithful Christian, but you tend to gossip, the Bible says that all of your religious efforts have no value. You may not be as faithful as you think.

Gossip puts you in the same category as haters of God

“And since they did not see fit to acknowledge God, God gave them up to a debased mind to do what ought not to be done.  They were filled with all manner of unrighteousness, evil, covetousness, malice. They are full of envy, murder, strife, deceit, maliciousness. They are gossips, slanderers, haters of God, insolent, haughty, boastful, inventors of evil, disobedient to parents,  foolish, faithless, heartless, ruthless.” Romans 1:28-31
If you are gossiping, you are not acknowledging God for who He is, and therefore He sees your sin in the same category as murder, sexual immorality, heartlessness, etc. God does not take gossip lightly.

Gossip gives you a bad reputation

“The one who conceals hatred has lying lips, and whoever utters slander is a fool.” Proverbs 10:18
Our words reflect our character. Once words are spoken, they can never be taken back. Like it or not, your reputation sticks with you for a very long time. God’s Word tells us that gossips are fools, and let’s be real, who wants to be known as a fool?

Combatting gossip in your life

Pray for the person you feel like gossiping about.

It is extremely hard to gossip about someone that you’re bringing before the Lord. If you pray for them (and for a heart change towards them), chances are you won’t be talking about them.
[x_blockquote type=”left”]“Notice, we never pray for folks we gossip about, and we never gossip about the folk for whom we pray! For prayer is a great deterrent.”– Leonard Ravenhill[/x_blockquote]

Fight the urge to say something nasty about someone by thinking and speaking about their good qualities.

Don’t be afraid to complement those people personally. I say this for two reasons: The first is that, when you use your words to encourage someone, it usually encourages you too. And secondly, thinking about the good qualities you see in people helps you to avoid putting all your focus on the things that annoy you.
“Finally, brothers, whatever is true, whatever is honorable, whatever is just, whatever is pure, whatever is lovely, whatever is commendable, if there is any excellence, if there is anything worthy of praise, think about these things.” Philippians 4:8

Stop gossip in its tracks.

I strongly encourage you to not only avoid people who gossip (Proverbs 20:19), but also confront them with loving truth (2 Timothy 2:23-25). Instead of saying “You’re a fool for gossiping”, why not say something like “Hey, I’m sure ‘so and so’ would not appreciate you telling her secrets like that.” Or maybe say “Have you tried talking to her personally about that?” There are plenty of creative, Godly approaches to combatting gossip that don’t involve hurtful or judgmental conversations.
[x_blockquote type=”left”]“You are not only responsible for what you say, but also for what you do not say.”– Martin Luther[/x_blockquote]

The secret he (Satan) doesn’t want you to know is this:

That “interesting story” you are about to share has eternal consequences.
Satan is a deceiver. He tries so hard to convince us that gossip is merely a harmless conversation or a funny text to your friend. My prayer is that we will stop believing his lies and start combatting the sickness that has infected far too many Christians.

1 thought on “The Secret He Doesn't Want You To Know”